We are interested in relationships between structure and function, particularly as it relates to visual systems. Many of our projects concern mollusks because  of the diversity of eye designs present in this phylum. To explore how different visual systems function in the context of particular environments, we combine several different approaches. These include: 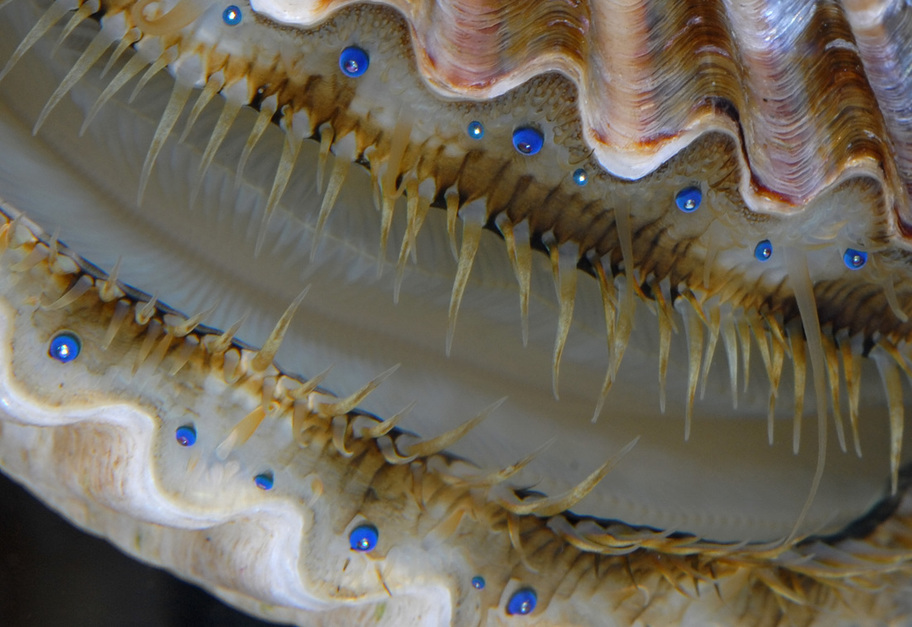 The Mirror-based Eyes of Scallops
Scallops have dozens to hundreds of mirror-based eyes arrayed along the edges of their valves. In the picture above, note the bright blue eyes of the bay scallop Argopecten irradians. Each of these eyes contains two separate retinas that appear to function independently. We know that the eyes of scallops provide spatial vision that is remarkably acute for a bivalve, but many questions about these eyes remain to be answered. These include: 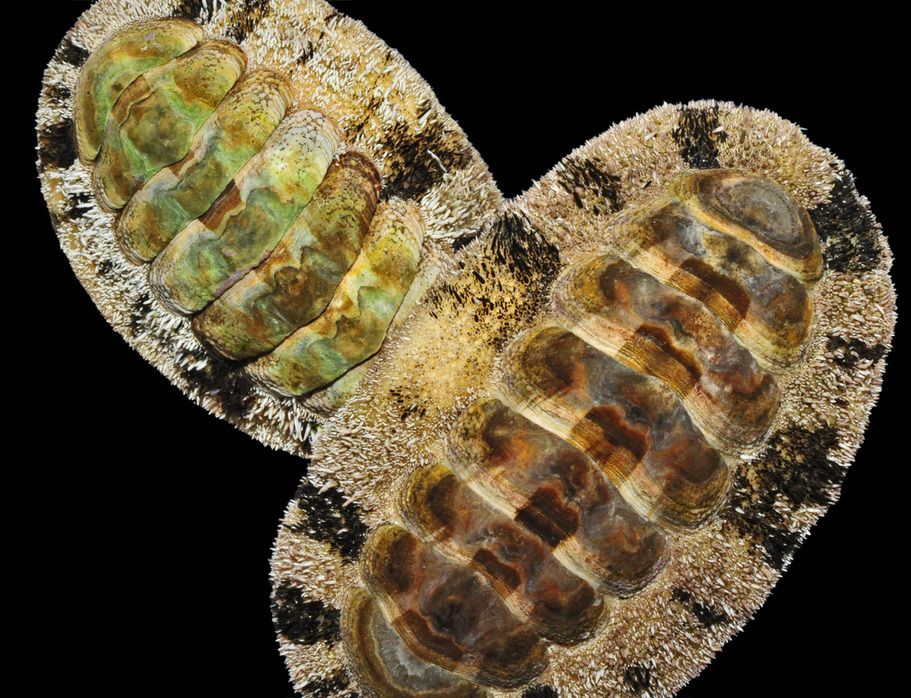 The Shell-Eyes of Chitons
Certain chitons have hundreds of small eyes integrated into their protective shell plates. In the image above, these eyes are just visible as small black dots on the shell plates of a pair of West Indian fuzzy chitons (Acanthopleura granulata). These eyes are unlike those of any other animal. Most eyes use protein-based lenses for focusing light, but the eyes of chitons form images using lenses made of the mineral aragonite (CaCO3). Further, the lenses are  birefringent, meaning that each lens forms two separate images simultaneously. Questions we are asking about the shell-eyes of chitons include: